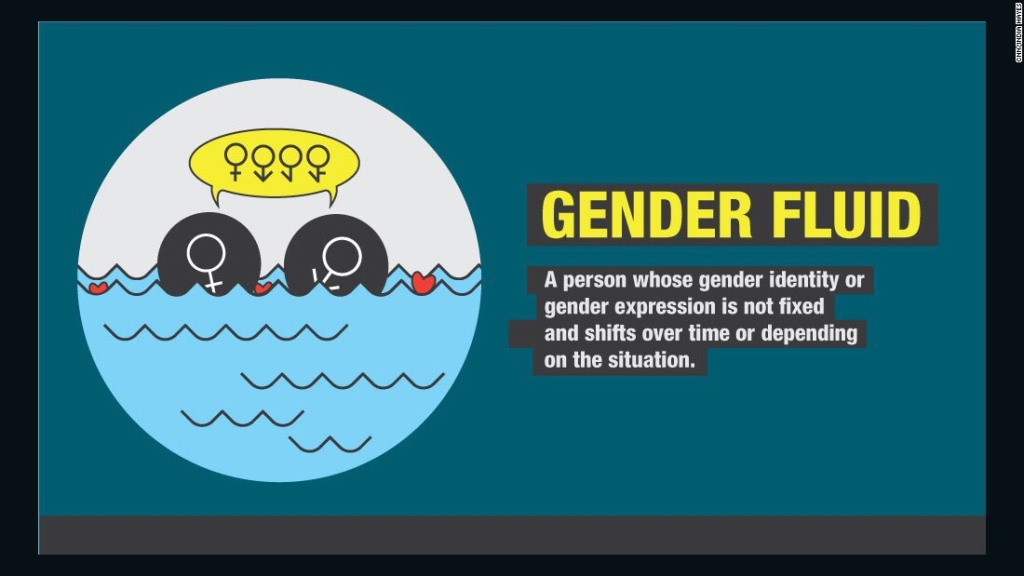 Welcome to the world of the bleeding heart liberal lefty!

Millennials, snowflakes, crash kids; call them what you want for they are the future of this brave new world. The millennial generation encompasses young adults born between 1982 and 2000. They are a dynamic generation of innovative creatives; a generation of tech-savvy cyborgs with a penchant for all-inclusive social policies and late-night parties. They are a generation who have matured into a world that is much more ethnically diverse than the world of their predecessors.

The number of people in Ireland who hold dual Irish nationality has increased by nearly 90% since 2012. Foundations such as the Erasmus programme and Educate Together are a feature of modernity that didn’t exist fifty years ago. Nowadays young people are traveling more than their ancestors – making them more culturally aware and open-minded than their grandparents. Mindless racism is not tolerated by the youth of today nor is sexism or homophobia. Millennials have granted women the right to autonomy over their own bodies, they have legalized gay marriage and invented the #metoo movement. We live in interesting times, and, to be part of a world that has freed itself from the shackles and chains of unwarranted oppression is profoundly beautiful!

However, on close inspection it may seem that our newfound freedom is beginning to self-cannibalize. Common sense would tell us that equal rights are a good thing, that wrongful discrimination is stupid and that oil and water don’t mix. But then again, Voltaire famously did say that common sense is not so common. Anything done to the extreme becomes a little bit silly be it extreme rightism or extreme leftism. So, could it be that the liberal progression of the modern world has outpaced itself into a realm of not-so-common-sense?

With over two hundred nationalities in Ireland we have become a diversified bunch. Multiculturalism has taken its place all over the world offering people a greater awareness of different cultures. People are expected to be respectful and tolerant of individuals from different backgrounds. However, classism and racism have receded beyond the point of sensibility and into a position where society has become dangerously fearful of inappropriate discrimination. This “fear” of racism is growing so extreme that it now poses a threat to freedom of expression.

Recent reports have suggested that a famous character from The Simpson’s (Apu Nahasapeemapetilon) is soon to be axed following accusations of racial stereotyping. Axing Apu from The Simpsons’s might seem silly to some people but it pales in comparison to the fact that an Irish politician (Matthew Waine: Solidarity’s People Before Profit) is opposed to flying the Irish flag in his own constituency. Matthew Waine made a public statement in which he said that the Irish flag is offensive to such an ethnically diverse constituency and he suggested replacing the Irish flag on County Hall, Swords, with the red flag of Marxism and Socialism. Of course, if you object to this notion of handing your country to the world on a plate then you’re probably a racist; you’re probably just as much of a racist as the people of Balbriggan who have voiced concerns over the violent African gangs that have been running amok in their neighborhood. Or perhaps you’re as racist as the pregnant lady who was attacked by African terrorists in Portmarnock on Haloween night (https://www.dublinlive.ie/news/dublin-news/gang-thug-threatens-cut-baby-15380313?_ga=2.15475696.718138690.1541555710-150222216.1519087450)? Either way, it makes no difference how you feel about these issues because if your feelings don’t fit the all-encompassing “Ireland 2040” package then you’re bound to be silenced into submission. Such was the case when anti-Islam group Pegida protested in Dublin in February 2016. Pegida protested about their trepidation with regards to the growing number of Muslims in Ireland. Their protest was disrupted by anti-racist aggressors; aggressors who don’t tolerate anybody’s opinion but their own. Yet conveniently, Islamhobia-phobists often fail to mention the presence of 150 I.S. terrorists that are now allegedly residing in Ireland.

In our world where everybody is equal no matter what their skin color, age or ability, women are certainly no different. In a society where women compete and succeed in sports and professions of every distinction it is hard to imagine a world where women are seen as inferior to men. That world does exist albeit only in Islamist states where women must conceal their bodies and face death if they commit adultery. Thankfully though, our western world seems much more civilized and equitable. However, in our modern state of hypersensitivity one must always remember to refine themselves and remain reticent while discussing certain topics with women. One slip of the tongue can see a man wind up in serious trouble courtesy of an upset woman. Newstalk broadcaster George Hook found himself suspended following a somewhat recent discussion about a rape trial. “Is there no blame to the person who puts themselves in danger?” After asking that question he was rebuked and suspended from radio. Many people would have been happy to see the back of him forever. Would the outcome have been the same if he rephrased his question and instead asked “if you put your hand in the fire might you not get burnt?” Maybe George Hook deserved the penalty he received, maybe he didn’t. Or maybe it would be best if people just avoided sensitive conversations with women altogether?

Non-offensive conversation is turning into a skill that requires much discipline. Canada has recently made the art of non-offensive conversation even more tricky by introducing new gender pronoun laws. The passing of Bill C-16 in Canada means that people can be accused of hate crimes and fined for misuse of gender pronouns. There has already been a case in which a teacher was suspended for accidentally referring to a transgender student as a girl rather than a boy. Just imagine how difficult it must be to engage in non-offensive conversation with a “gender fluid” individual in Canada. Gender fluid people change their sex whimsically and they don’t need definitive genitalia to define their sex. A gender fluid individual who has a penis can define himself as male one day and as female the next. In other words; gender fluidity (which is now a real thing!) is an outright denial of robust objective reality. At such a rate of “snowflake” progression we might soon be living in a world where blue is green and water is air, a world where 2+2=5 because “4” will be deemed to be too offensive.

Financial problems and the shambolic housing crisis are amongst the most worrying difficulties affecting the people of Ireland today. Though of course in our current climate of “extreme” equality it is only fair to disperse these burdens of the country equally amongst everybody no matter how hard you work (or don’t work). Just as men are equal to women and Chinese people equal to Italian people so too are employed people to unemployed people. This is why Budget 2019 is most beneficial to people on social welfare and least beneficial to people in full-time employment.

As a generation of softies it breaks our hearts to see poor people refused the right to free horse stables. It also broke the heart of the nation when the media recently bombarded us with the story of a homeless mother who slept overnight in a police station with several of her children. Oddly enough the media didn’t report as much about the supposition that Margaret Cash had already refused social housing and there wasn’t much reported about her Facebook profile in which she brags about the fact that she goes drinking and has never worked a day in her life. It’s heart-breaking to know that her social welfare benefits pay more than most full-time jobs, the poor woman! One wonders does it break the hearts of the liberal lefties when they hear about the 52% tax rate paid by the hard-working self-employed people of Ireland?

Is it racist to acknowledge the threat of terrorism in a world where terrorist attacks have become the norm? Is it sexist to suggest to women that they should be careful when playing with fire? Is it cruel to suggest it a bad idea for one to produce seven children while in receipt of social welfare and permanent unemployment?

In an ideal world it would be safe to fall down drunk on the street with your knickers down around your ankles and your skirt up over your head. In an ideal world we would all be able to afford palatial homes. In an ideal world there would be no such thing as a suicide bomber. In an ideal world the sun would be shining and everyone would be merry and jolly, we’d be rich and beautiful, everybody would be having great sex, we’d all drive fast cars and go first-class globetrotting hand in hand to pet the tigers and cuddle the bears, we’d swim with the killer whales and great white sharks. But unfortunately, we don’t live in an ideal world, or do we?