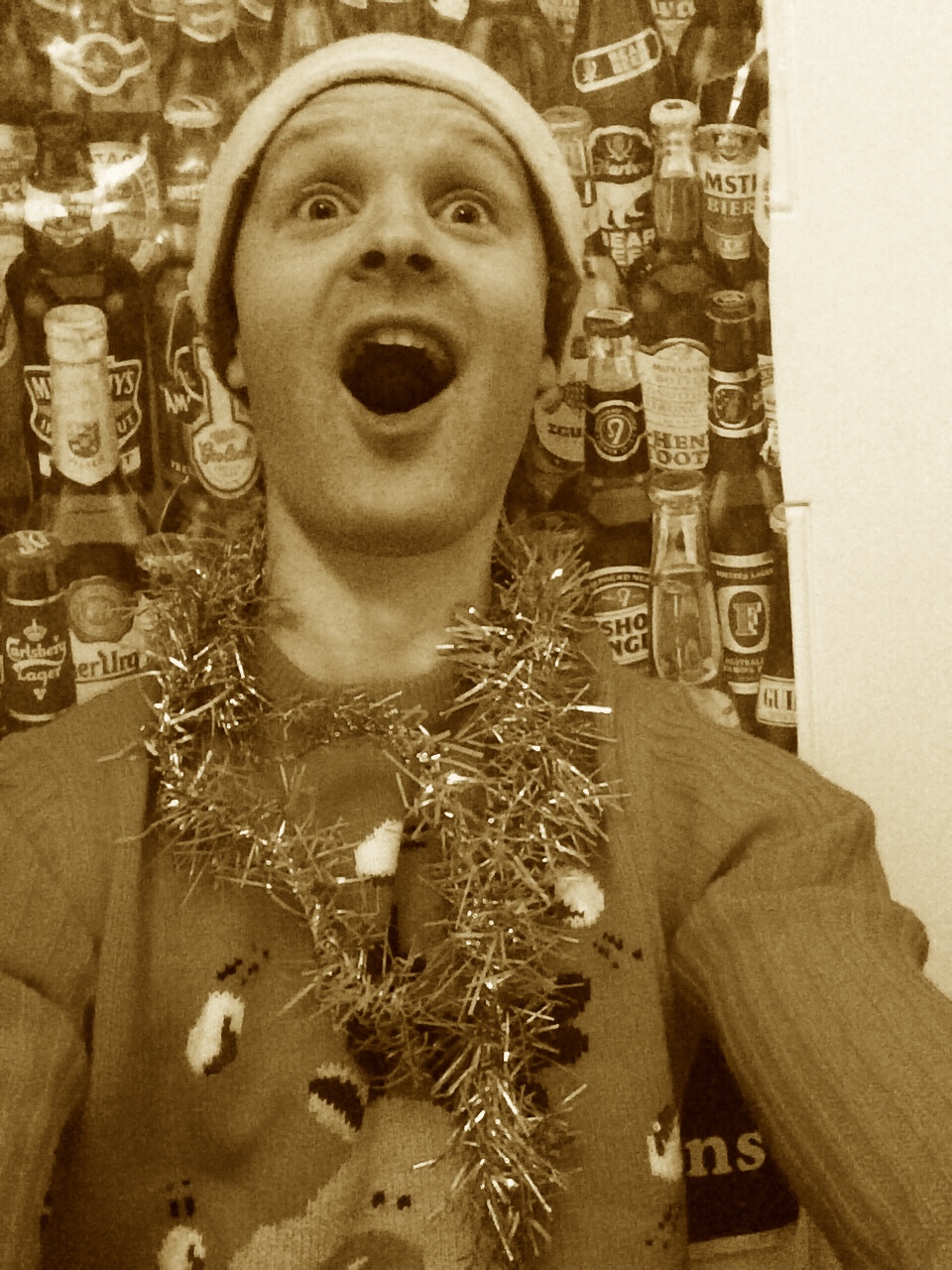 Spring, summer, autumn and winter are what make up the four quarters of the year. Each of those four seasons are relatively equal in length. However, sometimes it feels as if the four seasons of the year are something more along the lines of spring, summer, autumn and Christmas. In fact, years ago when Big Brother dominated our tv screens every summer, the four seasons could have been aptly titled as follows; spring, Big Brother, autumn, Christmas. Such was the length of time that Big Brother went on for. As for the future, it is looking more likely every year as if the four seasons are going to eventually morph into Christmas, Christmas, Christmas and more Christmas. It will be like Wizzard’s dream come true and everybody will be reassured of it when they hear the inexorable jingle of “I Wish It Could Be Christmas Every Day.”

Christmas has become an overextended charade of flashy falsities. The earliest sightings of Christmas paraphernalia can usually be spotted in the first half of October (long before Haloween). In a well-known Dublin pub beside Phoenix Park the decorations are in full bloom until the last week of January/first week of February. This means that the glaring exposure to Christmas activities is well in excess of three months – making it longer than any season of the year. In other words, Christmas now takes up approximately 28% of the year.

Forcing people to swallow Christmas for nearly four months of the year is absolutely sinful. Such a lengthy facade is intolerant and disrespectful to the huge numbers of people that don’t practice Christianity. For many people Christmas is not a happy-clappy time of the year. For many people Christmas is a time of financial stress and an abundance of other woes. Christmas needs to be more conscious of the people that don’t feel too “Christmassy” and so maybe it’s time to consider legislation that limits the superfluous liberty of advertising Christmas.

Putting legal impediments on Christmas might sound daft but it is not utterly implausible when you bear in mind that children are the largest target audience for Christmas. It could actually be argued that it’s grossly immoral for Christmas to be performing a titillating striptease in front of children for such an extended period of time each year. Three to four months can seem like a lifetime for a young child; it’s grossly unfair to overexcite children for so long, it’s unfair on the children because it overpopulates their brains with materialistic desires and it’s unfair on parents too because they then can feel pressured into making expensive purchases for their aroused kids. The stress that this can place on financially unstable parents is overwhelming.

The level of pretension involved in Christmas is laughable. There is something comedic about a middle-class community and their eagerness to attend mass on Christmas Eve/Christmas Day. Christmas Day in middle-class communities of Dublin is a day where everybody rushes down to their local church desperate to prove that they are good little Christians. Many of these eager Christians commute to church in a BMW or 4×4 despite the fact that they live less than a hair’s breath away from their local church. They arrive draped in their new designer clothes and they gobble up their holy communion with relish before the priest tells them that “the mass has now ended and you may now go in peace.” The irony is in the fact that the majority of middle-class Christmas Day churchgoers have never read the Holy Bible and furthermore they all go home and conveniently forget to keep holy the Sabbath day for 52 weeks in a row (until next Christmas) but of course they all know that that’s okay because Jesus forgives all sins anyway, even the sins of the good little Christians with plenty of money. What’s also outrageous is the juxtaposition between the declining number of Christians in Europe ( https://www.theguardian.com/world/2018/mar/21/christianity-non-christian-europe-young-people-survey-religion ) and the expanding duration of Christmas in Ireland. Every year it seems to get longer and longer despite the fact that more people are declaring themselves non-Christian.

Christmas is that special time of year when rich celebrities urge us all to “feed the world” while some of us can’t afford to feed ourselves. Starving Ethiopians deserve the most generous deal of sympathy but it’s also important to remember that there are people at home too who don’t luxuriate in a champagne-soaked Christmas whilst surrounded by plush presents and a shiny happy family. Amongst the everyday people that have given up on Santy Clause are; homeless people, lonely old people, people suffering bereavements and lots of other regular people too. So, contrary to what Slade say, “everybody’s not having fun!” There are lots of people out there that do not look forward to the pang of a perforated eardrum thanks to Xmas FM and there’s yet to be a song about the integral spike in criminal activity accompanying Christmas every year ( https://www.telegraph.co.uk/news/2017/12/28/criminals-celebrate-christmas-crime/ ).

There is something narrow-minded about believing that the only time of year for gift-giving is Christmas, birthdays, Valentine’s etc. At Christmas time people saunter around the shopping centers like drones spending money on things that the television has told them to buy. Why not bestow generosity on the 13th of October or the 9th of July? Why do people have to wait until prompted before they can express kindness, why not offer it up all-year round instead?