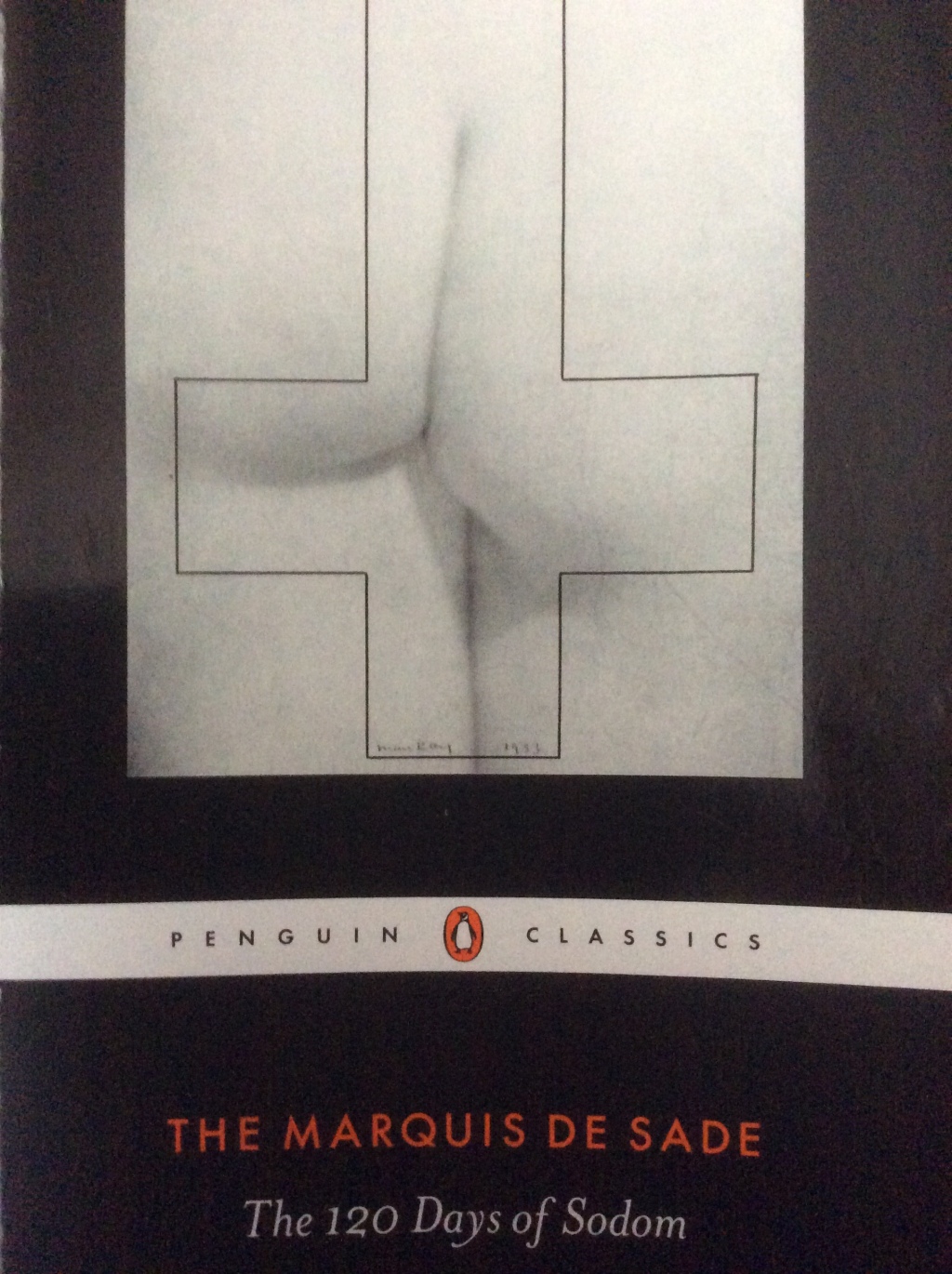 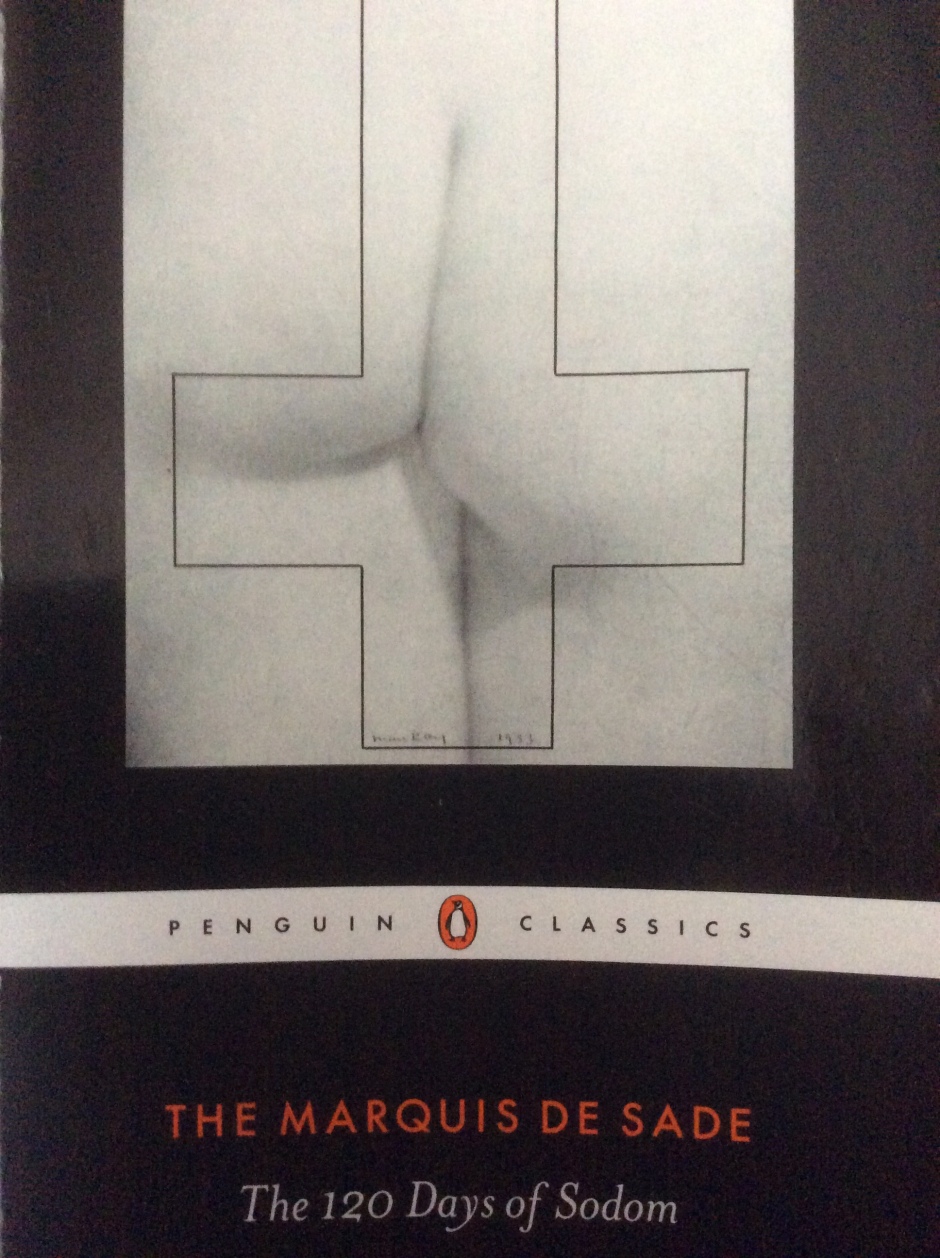 The 120 Days of Sodom was conceived in a prison cell in 1785 by The Marquis De Sade. De Sade was a troubled man who spent much of his life incarcerated. He was a self-proclaimed libertine, writer and political activist amongst other things. Some of his most scandalous activities include pouring hot wax into the wounds of a flayed prostitute, and poisoning women before sodomizing their incapacitated bodies. Such rollicking merriment was the reason he found himself on the wrong side of the law. He was also famous for vociferating slanderous blasphemies which was considered a serious offense at the time.

The 120 Days of Sodom is the most famous and most controversial of De Sade’s books. It spent a lot of time in exile due to censorship laws but now it is considered a literary classic although there still is much debate about whether or not it deserves the honor of a classic. In 1975 a film adaptation of the book was produced. The original manuscript of the book was written behind bars in the Bastille and today – more than 200 years after its inception – it is again embroiled in legal disputes having recently been declared a National Treasure by the French government and thus forbidden from being sold at auction. De Sade “wept blood and tears” after the manuscript was misplaced when the Bastille was raided during the French Revolution. Now, that same manuscript is enclosed for display alongside other historical manuscripts of French relevance. The value of the original manuscript has been estimated to be worth more than €17 million. The fascinating story surrounding this book is very intriguing, and, the controversial content within the book – as gritty as it may be – still posits very relevant topics for society today.

One such topic pertains to the power of the arts. Testament to the power of De Sade’s “classic” is the amount of criticism, debate, influence and diversified opinions concerning The 120 Days. De Sade himself even described his novel as “the most impure tale ever told since the world began.” It is no doubt a projection of the most brutal vulgarities that a human mind can imagine yet nevertheless it offers mankind the gift of acknowledging its own fatal perversities in much the same way as satire and theatrical productions. It is for this reason that it has inherited the award of a “classic” ( https://theculturetrip.com/europe/france/articles/why-the-marquis-de-sades-120-days-of-sodom-is-a-classic/ ).

As far as censorship goes it is just one of many expressive entities to fall under the guise of a barring order. Famous musicians, comedians, film-makers and journalists have landed in hot water for producing edgy content. The ironic thing about banning content is that it can sometimes function to promote rather than demote a product. Anarchy In The UK by The Sex Pistols was briefly banned in the 1970’s and it went on to be lauded as one of the best rock n’ roll songs ever produced. Monthy Python’s Life of Brian is largely considered to be the greatest comedy film of its time even though it too was subjected to persecution. In Sweden it was marketed as “the film so funny that it was banned in Norway.” Apart from creating a ripple of public discussion, The 120 Days also demonstrates neologism in literature (neologism: the coining of new words) as it is largely responsible for the coining of the term “sadism.”

While many people have shunned The 120 Days others have revered it as a sanctuary for inspiration. Pier Paolo Pasolini was so inspired by the book that he decided to produce a film adaptation. The film adaptation (produced in 1975) is titled Salo, or the 120 Days of Sodom. It is one of the most horrific movies ever cultivated yet it is cited as a fantastic piece of cinema by many renowned film connoisseurs. Director Michael Haneke claims it is one of his favorite films of all time. Director John Waters said, “Salo is a beautiful film…it uses obscenity in an intelligent way…and it’s about the pornography of power.” Some film scholars have also referred to it as “the sickest film of all time.” One protuberant feature of the film is the beautiful sounds of the musical composition. Utterly delectable sounds are juxtaposed with emetic visuals and the effect it produces is artfully profound. It is a fine example of creative energies blending together to display almighty eclecticism. Worth noting is the fact that the legendary Ennio Morricone composed the music for this film and in doing so he too has tied his name to the history of The 120 Days Of Sodom. 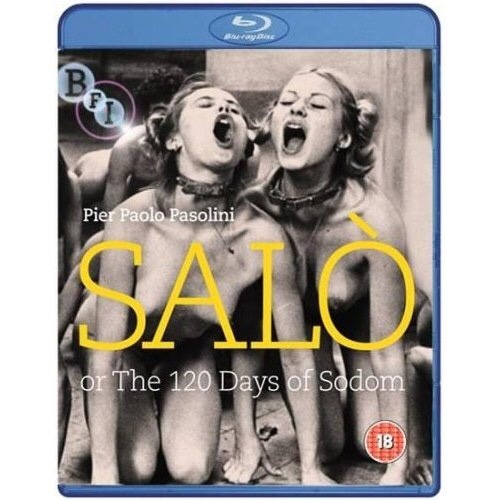 Sex is one of the main themes included in The 120 Days and it is splashed all over every inch of both the book and the movie. Deep questions can be pondered over the topic of sex and The 120 Days certainly sparks curiosity on this important subject.

Whether one may like it or not The 120 Days is an expression of freedom of speech and that is one reason why it is now as relevant as it ever was before. We are now living in an age where freedom of speech is under threat and if that threat succeeds then society might be at risk of impinging upon the potential to discover new knowledge. Worrisome for contemporaneous literary artists is the emergence of sensitivity readers ( https://quillette.com/2019/05/05/policing-the-creative-imagination/ ).

Sensitivity readers assess unpublished content and they then decide if that content is fit for publication or not based on the likelihood of offending that could be caused by the content. This fear of offending is having consequences in the realm of literature. The creative arts have always functioned to inspire debate and new ideas, and if society enforces powerful restrictions upon the creative arts then we will essentially be imposing an aesthetic injustice unto ourselves ( https://www.irishtimes.com/culture/can-t-get-netflix-you-may-be-suffering-an-aesthetic-injustice-1.3914365 ). Bearing this in mind one should reach the conclusion that The 120 Days of Sodom deserves the right to exist even if it is “the most impure tale ever told since the world began.”